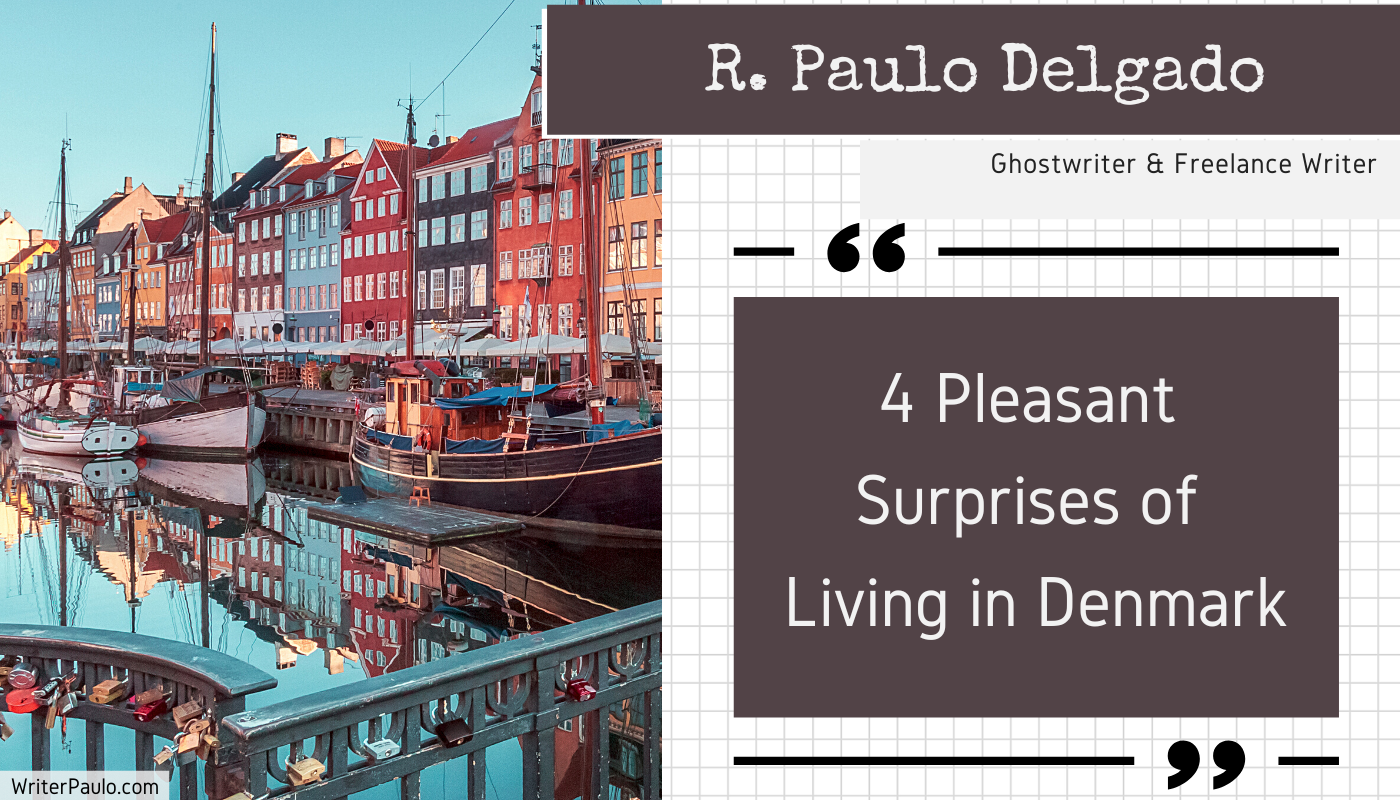 It’s been just over a month since I packed my bags and decided to move to Copenhagen. Technically speaking, I’m still a tourist here — it takes a bit of time to officially register, and Europeans can stay here for three months without needing any special permissions — but my registration is moving ahead and I’ll be a local pretty soon.

Denmark was nowhere on my radar as a place to live. But here we are, and it’s awesome.

Here are four things I’ve discovered about this country that blow my mind.

Table of Contents show
1. Everyone speaks English!! 🤯
2. The Danish are really friendly — especially to foreigners
3. Copenhagen is incredibly inclusive
4. They drive (pretty) well
The weather?

Okay, technically speaking, it’s not everyone. I found a stat online that says it’s about 80% of the population. But — Wow! Eighty percent! Here’s the best part — even many of the official forms are in English! 😲😁

And, as far my own experience goes, everyone I have spoken to speaks English. Even when they say, “Oh, I don’t speak much,” they really do!

They speak English on the bus, at the cafes, at the stores, at the post office. It’s absolutely incredible.

This really started to rock my world about a month ago when I was walking in Copenhagen City and kept on hearing English. I eventually got it through my thick skull that these people couldn’t all be tourists.

I thought, Hey, if everyone speaks English, why don’t I start reaching out as a writer and see what comes of it? I reached out to the crypto community because I figured I could get some articles for my regular journalism gig at Moneyweb Crypto.

Within a few days of sending some emails on LinkedIn, I got invited to Nordic Fintech Week to cover the event for Moneyweb, and I was also asked to write some articles for Nordic Fintech Magazine!

2. The Danish are really friendly — especially to foreigners

Everyone I spoke to on a business level was incredibly friendly — and I felt that they were genuinely so. It wasn’t that type of “politeness” that you feel is underpinned by razors.

I sensed this in the stores as well. Every time I asked someone for help they would really make sure I received the help I needed.

Believe me, this was a welcome change from the attitudes I had experienced in Germany for 15 years. And if you don’t speak German in Germany… Oh, boy, good luck to you.

Maybe this was peculiar to the area I lived in (the town’s name is officially “Middle of Absolutely Nowhere”), but I don’t think it is. I believe that attitude runs nationwide. 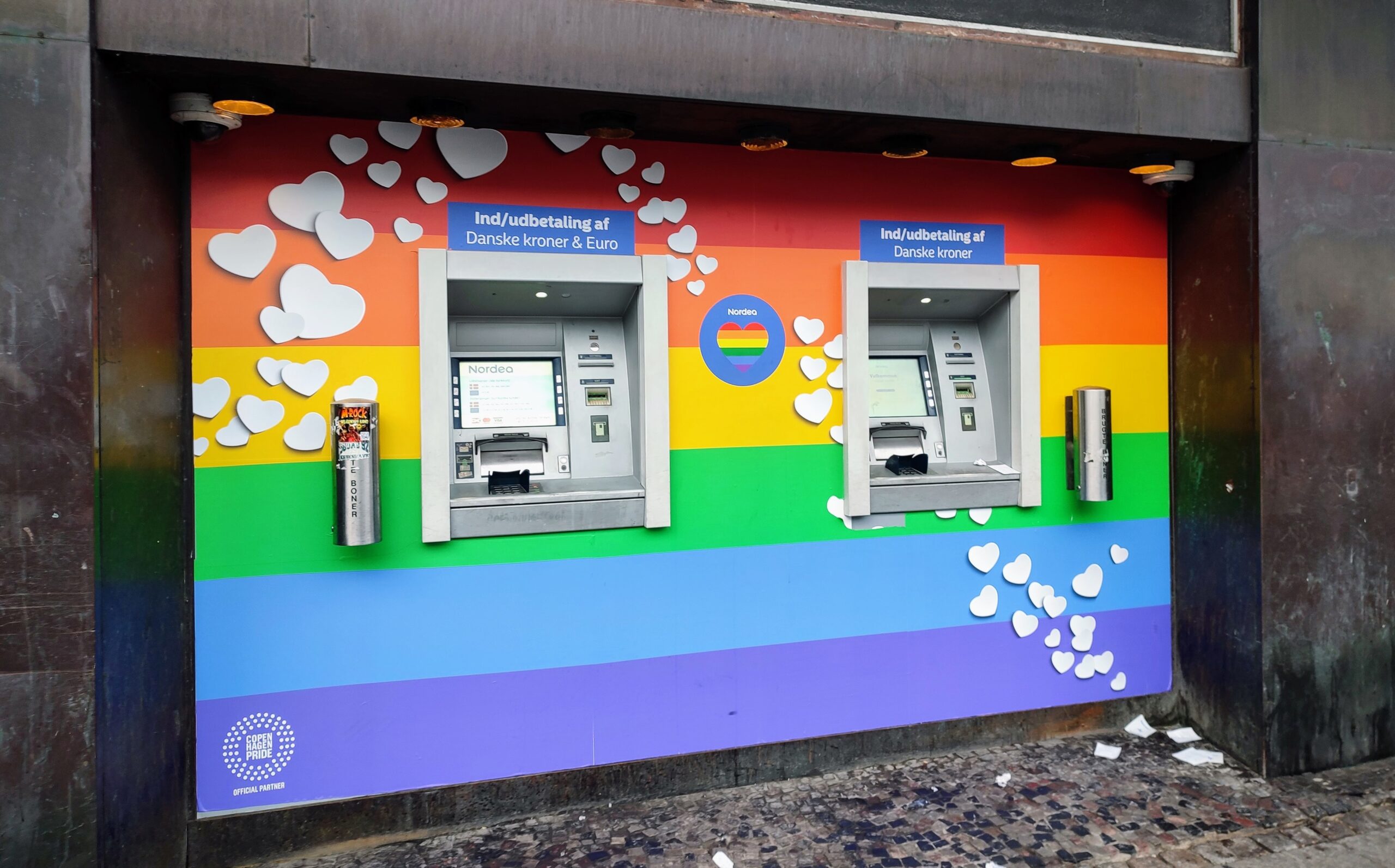 You feel a sense of welcome here. Whether it’s the Pride flags all over the city or the huge number of immigrants at the Citizen’s Bureau, you get the feeling that Copenhagen is happy to have you here, no matter who you are, what language you speak, what your religion is, or where you come from.

In Germany, I couldn’t shake the feeling for 15 years that I should either “Germanize” or get the hell out. I constantly felt as if I was expected to lose my culture. Here, I feel that my culture is both openly welcomed and important, and so I reciprocate and start to embrace the Danish and Scandinavian cultures as well.

Community and a sense of responsibility for each other’s well-being seems to be an important theme here.

I’ve had some crazy experiences driving in Europe. A Dutch friend of mine once said to me, “The Dutch are the worst drivers in the world!”

I can’t offer an official statement on that but I can say that it was pretty awful to drive in the Netherlands where plenty of drivers drove up my tail, cut me off, and overtook me on the wrong side.

It was only slightly worse than my experience of driving in Belgium.

Italy wasn’t a great place to drive in, either.

But I felt quite safe driving in Denmark, except for the few times I saw a car running a red light. It happened enough times for me to realize this might be a bit of thing here. 😳

Well, believe it or not, but it’s been incredibly warm in the time that I’ve been here! This is definitely not going to last, and there’s already a chill in the air despite it being only early September.

But one thing I learned in the last 10 years is that the people you live near and how they make you feel are far more important than the weather.